We identify the unique requirements of the clients and provide exquisite interior design solutions that would uplift the positivity ! Myths and facts on vastu.

Never let your confidence down ; even you are surrounded by struggles, It’s an immense pleasure to meet you all through this platform. We had lot of questions from clients towards construction. Hence, I am posting this blog in with regards to one of our client’s question towards VASTU.

Reason why we should believe in VASTU

Vastu Shastra is essential to building a structure, from residential to commercial properties, and with the correct placement of the five elements (namely earth, water, air, fire, and space), owners can achieve prosperity and happiness. Saying that as the exact definition of VASTU, now let’s look at them in detail and the reason for us to believe in them.

By 6th century AD, Sanskrit manuals for constructing palatial temples were in circulation in India.Vastu-Sastra manuals included chapters on home construction, town planning, and how efficient villages, towns and kingdoms integrated temples, water bodies and gardens within them to achieve harmony with nature.While it is unclear, states Barnett,as to whether these temple and town planning texts were theoretical studies and if or when they were properly implemented in practice, the manuals suggest that town planning and Hindu temples were conceived as ideals of art and integral part of Hindu social and spiritual life.

The use of Vastu shastra and Vastu consultants in modern home and public projects is controversial.Some architects, particularly during India’s colonial era, considered it arcane and superstitious. Other architects state that critics have not read the texts and that most of the text is about flexible design guidelines for space, sunlight, flow and function.

According to a number of traditional beliefs, each home comes with its own energy type. A person dwelling in a house comes under the influence of a specific energy field, which in turn influences him in one way or the other. Therefore it’s very crucial to understand the link between the healing art of Vastu and our homes in honing positivity and good vibes.

Now let’s look at some of the tips which has logical reasons for your home:

If there is a mirror in the room, ensure it is placed on the north wall

> Bedroom- For a better peace of mind

Experts say, the entrance or the door to your kitchen should be in the east, north or west. Also, make sure it does not fall in any of the corners.The cooking gas is one of the most essential elements of a kitchen, after you’ve decided on a layout for your kitchen. The element of fire governs the south-east direction, hence, as per kitchen vastu tips, the stove should always be placed in that direction. Also, the person using the stove should face the east direction. This is considered auspicious according to vastu shastra.

>Pooja – Where you find harmony
Vastu Shastra propagates the north-east direction so as to harness maximum energy from the sun.As the pooja room is small, the lower ceiling coupled with the gopura-like shape adds symmetry and would help you in slipping into a meditative state easily. A threshold is to keep ants and insects out of the sacred space.

>Staircase – Lifts you up in life
Vastu experts are of the belief that for internal staircases, the south-west portion in the property is an ideal choice. The south and the west portions happen to be the second-best choices.

>Borewell- For the best water source

The directions in the North, North-East, and East is considered to be the best while setting up a borewell or a tubewell.
It is also advised to start building the borewell/tubewell before the house is constructed for it has many advantages to it. People can use this water source to build their houses too, in the process.

the south-west is the direction of earth element. So, placing the overhead water tank is best option. It is followed by west and then south. You must never consider north, north-west, or north-east for placing an overhead water tank.

Eventually all ancient ways and beliefs have a scientific reason behind them, we don’t have to trust them blindly but accept them when they have logical reasons.

Will meet you all in our next blog while we explore and answer clients questions. Watch out this space for more. Stay safe Stay healthy Why do we increase our construction costs? 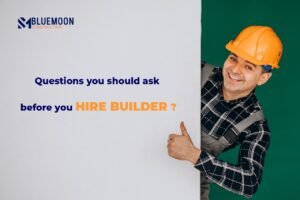 Questions you should ask before you hire builder 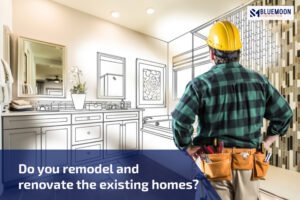 Do you remodel and renovate the existing homes?